Where is Jalisco Mexico?

Jalisco is located in south-central Mexico, one of the Mexico Pacific States that sits on the Pacific Ocean.

These states have some of the best beach towns in Mexico, including Puerto Vallarta and Yelapa, as well as Jalisco’s capital, Guadalajara, and the the pueblos magicos (magic towns) of Tequila, Ajijic and San Sebastian del Oeste.

This amazing Pacific coastal city, located on Banderas Bay, welcomes millions of visitors each year. In fact, Puerto Vallarta is among the most visited Mexico destinations, and one of the most popular for LGBTQ+ travel.

There are so many amazing things to do in Guadalajara! From exploring Centro Historico’s famous Plaza Guadalajara, Guadalajara Cathedral and Hospicio Cabanas, to shopping for artesanias (artisanal crafts) in the San Juan de Dios market.

Is Guadalajara worth visiting? As the second largest metropolitan city in Mexico, behind Mexico City, those who appreciate historic cities will love traveling to Guadalajara, Mexico. Though a large city, it has a much smaller town feel and calmer vibe than Mexico City.

Is Ajijic worth visiting? For those who want to escape the crowds, head 35 miles south of Guadalajara to the Ajijic pueblo magico (magic town). It is a popular place for Mexico expats, and ranks among the best places to live in Mexico.

Best things to do in Jalisco:

Jalisco travel has so much to offer! The coastal cities of Puerto Vallarta and Yelapa have both beautiful beaches to one side and mountains to the other, whale watching in winter, a lively party scene and gorgeous resorts. The inland cities, like Guadalajara, Tequila and Ajijic, offer culture, amazing food (and tequila!), history, colorful cities and more. 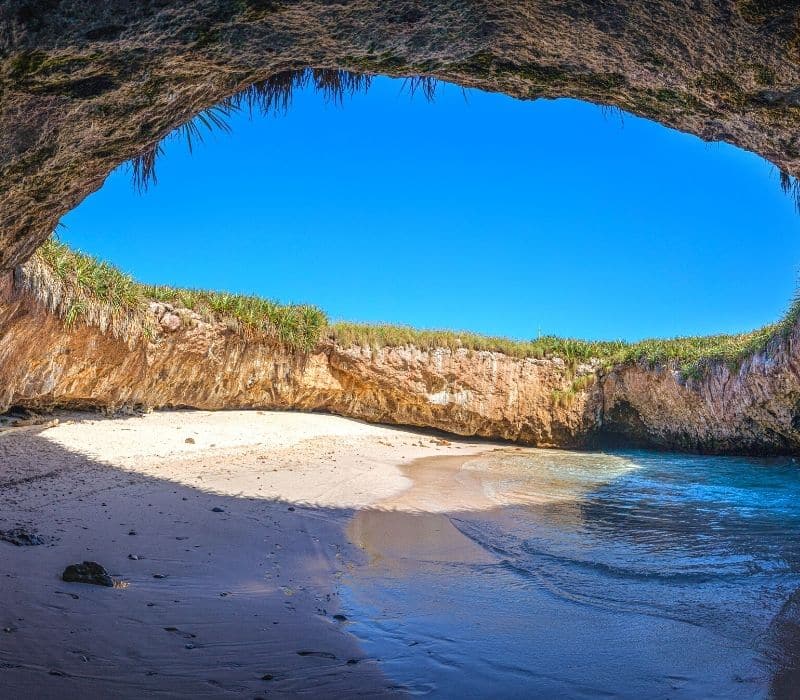 Is Jalisco safe for travel?

Jalisco has both safe parts, and frankly, unsafe parts. If you’re planning to venture off the beaten path from any of the places listed below, exercise caution or go with a group tour.

The beaches of Jalisco — including Puerto Vallarta and Yelapa — are safe and very popular for visitors. Further inland, the pueblos magicos (magic towns) of Ajijic, San Sebastian del Oeste and Tequila, and the second biggest city in Mexico, Guadalajara, are also considered safe for travel.

As with traveling anywhere, you’ll want to follow general travel safety guidelines — like not walking home alone at night, watching your alcohol consumption and staying aware of yourself and surroundings. For an added safety measure, pack these travel safety items, dress in a way so your Mexico outfits blend in with the locals, and buy a Mexico SIM card.

Want to hear about Mexico travel safety from the experts? Check out my Is Mexico Safe for Travel? article.

Inland, you could see Guadalajara, Ajijic, Tequila and Tlaquepaque with full days of travel time.

As with nearly all beaches of Mexico, November to April is the time to visit Puerto Vallarta and Yelapa and all Jalisco beaches — when the temperatures are mild, and the humidity and mosquitoes are at bay.

This is also during the annual whale migration, which takes place from January to March. During these months, pacific gray, humpback and blue whales swim along the coast of Jalisco en route to their breeding grounds.

The best time to visit northern Jalisco is from late-October to March during the dry season.

The northern part of the state, including the popular pueblo magicos (magic town) of Tequila, and Ajijic, and the state’s capital, Guadalajara, take on Central Mexico’s “Eternal Spring” climate. This means you can expect mild springtime temperatures year-round — though you will see heavy rains during the April to October Mexico rainy season.

If you’re visiting both, you can drive a rental car between Puerto Vallarta and Guadalajara. This is considered a safe drive (when done during the day), and will take about five hours.

📍 Jalisco Off the Beaten Path

• Sunscreen: As you’ll want to reapply a few times throughout the day, a light, Mineral-Based Sunscreen is ideal. Headed to the beach? Do your part to practice responsible tourism in Mexico by only using an eco-friendly Reef Safe Sunscreen while swimming. You can even ditch the sunscreen altogether and opt for a Long Sleeve Swimsuit instead.

• Bug Repellent: Mosquitoes are common throughout Mexico — especially on the beaches! REPEL Insect Repellent is an eco-friendly brand that’s DEET-free and plant based, with a pleasant lemon and eucalyptus scent. Don’t want to use a spray? Pick up some Mosquito Repellent Bracelets.

As this question doesn’t have a yes/no answer (I wish it did!), I do my best to answer it in depth in this article, Is Mexico Safe for Women: 20 Mexico Solo Travel Tips You Need. However, for the most part, Mexico is actually statistically quite safe for all travelers — including solo travelers! Check my Solo Female Mexico Travel page for more info.

Mexico is a big country, and it has plenty of amazing solo female travel destinations — like the ones featured in this article, Mexico Solo Travel: 20 SAFE Destinations for Female Travelers. In it, you’ll get recommendations of places to visit in Mexico, from solo travelers who have actually been to them.

To answer the question, Is it safe to drive in Mexico? — YES, it’s considered safe to rent a car and drive in Mexico. As the country is quite large, road trips are a great way to see a lot in a little time, and especially popular in the Yucatan Peninsula and Baja California Peninsula.