Where is Baja California located?

Baja California Sur is undoubtedly the more popular state for tourism — though both Baja states have things to offer.

In the northern Baja Mexico state, there’s Valle de Guadalupe, known as the “Napa Valley of Mexico,” and lively towns like Rosarito, Ensenada and Tijuana. There are also calmer beach towns like Puerto Nuevo, and the pueblo magico Tecate.

Cabo San Lucas is a Mexican beach resort city on the southern tip of the Baja California Peninsula. For decades now, it has been one of the top travel destinations in Mexico.

Just north, San Jose del Cabo, where the Cabo Airport is located, has a more chill vibe. Unlike Cabo San Lucas, this Baja beach town is known more for its art scene than its party scene.

Together, these two cabos make up Los Cabos.

Mexico has a few wine regions, though none more popular than Valle de Guadalupe, AKA The Napa of Mexico. It has about 100 vineyards and wineries — much more than Queretaro State, the second biggest Mexico wine region.

The closest beach town to Valle de Guadalupe is Ensenada Mexico. It is just two hours from the U.S.-Mexico border, and among the best party beach towns in Mexico and Baja.

La Paz has some of the best swimming beaches in Mexico outside of the Caribbean. As not all Baja beaches are great for swimming, La Paz stands out with its calm blue waters.

The best beaches in La Paz Mexico begin just outside of downtown, and continue for miles. Of them all, the undeniable star of the La Paz Mexico beach scene is picturesque Playa Balandra.

Best things to do in Baja Mexico: 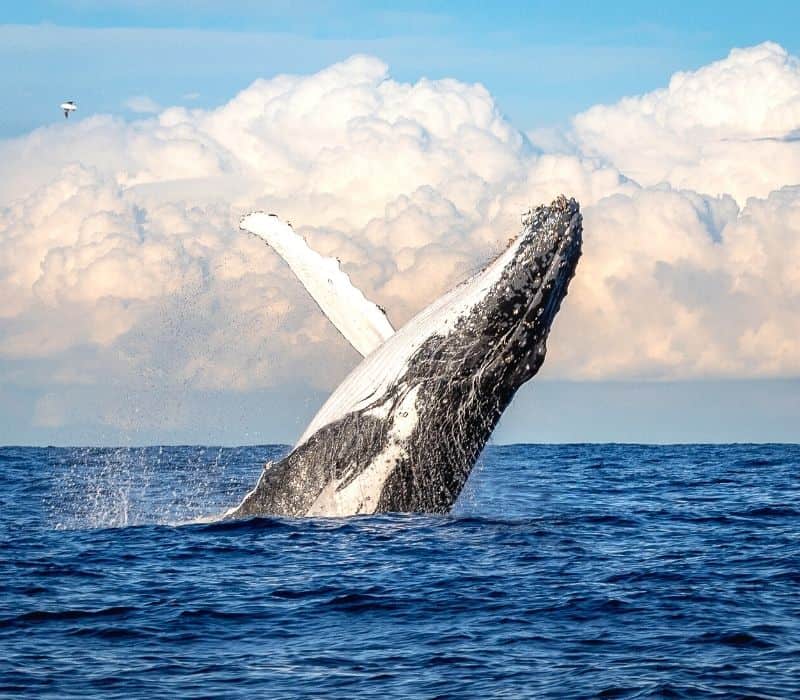 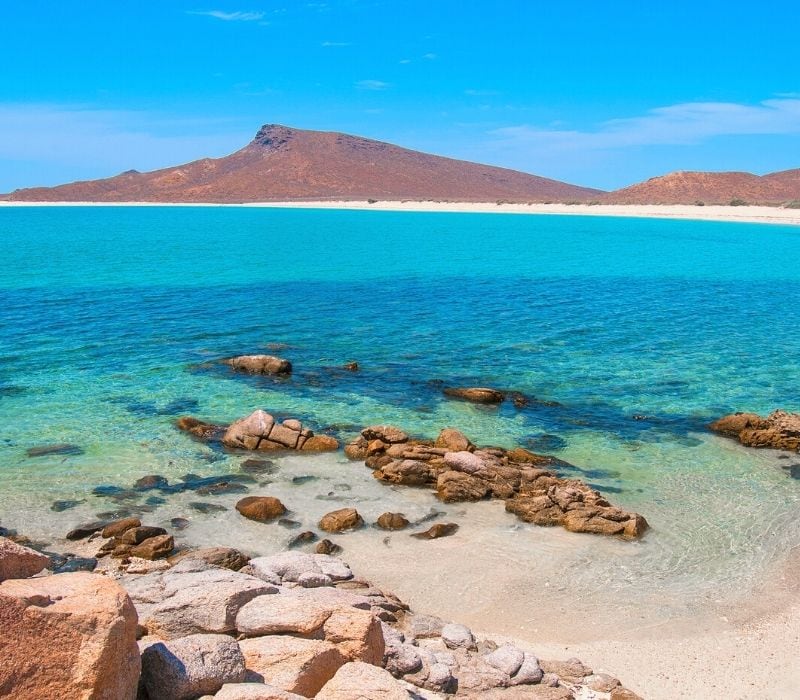 The two Baja states cover a large area, and for the most part, both states are quite safe — though some parts are safer than others. For example, you’ll want to exercise extra caution in Tijuana, which has good parts, and frankly, bad parts.

A few places in Baja California are known as party destinations, namely Cabo San Lucas, Tijuana and Ensenada. As is common knowledge, safety obviously goes way down when there’s alcohol involved, so be mindful.

If you stay on the beaten path in Baja Mexico, you’re statistically safe. If you want to venture off the beaten path, just do a bit of research beforehand to make sure there are no current warnings about where you’re headed — especially if you’re doing a Baja road trip.

As with traveling anywhere, follow general travel safety like not walking home alone at night, watching your alcohol consumption and staying aware of yourself and surroundings. For an added safety measure, pack these travel safety items, dress in a way so your Mexico outfits blend in with the locals, and buy a Mexico SIM card.

Want to hear about Mexico travel safety from the experts? Check out my Is Mexico Safe for Travel? article.

Weather-wise, Baja is known as a year-round destination. It averages 300 days of sunshine each year — though some sources say it can be as many as 350 days 😳!

Regardless of the specific number, Baja definitely gets a lot of sunny days, but it does also have a rainy season from about August to October. During most years, the rainiest month in Baja California is August.

As this part of Mexico has a desert climate, temperatures can sometimes fluctuate from 95°F during the day, to 55°F at night — so check out some of these Baja Mexico outfits to help you plan.

Winters are the best time to see whales in Baja, Mexico — whether that’s the friendly grey whales in Magdalena Bay, or the giant humpback whales in Cabo Pulmo National Park.

For the best travel deals, plan your Baja California vacation for June to August. It will be hot during the day, and might rain for a bit in the afternoon, but the crowds will be small and the prices will be low.

Depending on where you’re headed on your Baja California trip, check the guide below for all your airport options!

• Sunscreen: As you’ll want to reapply a few times throughout the day, a light, Mineral-Based Sunscreen is ideal. Headed to the beach? Do your part to practice responsible tourism in Mexico by only using an eco-friendly Reef Safe Sunscreen while swimming. You can even ditch the sunscreen altogether and opt for a Long Sleeve Swimsuit instead.

• Bug Repellent: Mosquitoes are common throughout Mexico — especially on the beaches! REPEL Insect Repellent is an eco-friendly brand that’s DEET-free and plant based, with a pleasant lemon and eucalyptus scent. Don’t want to use a spray? Pick up some Mosquito Repellent Bracelets.

As this question doesn’t have a yes/no answer (I wish it did!), I do my best to answer it in depth in this article, Is Mexico Safe for Women: 20 Mexico Solo Travel Tips You Need. However, for the most part, Mexico is actually statistically quite safe for all travelers — including solo travelers! Check my Solo Female Mexico Travel page for more info.

Mexico is a big country, and it has plenty of amazing solo female travel destinations — like the ones featured in this article, Mexico Solo Travel: 20 SAFE Destinations for Female Travelers. In it, you’ll get recommendations of places to visit in Mexico, from solo travelers who have actually been to them.

As the country is so large, road trips are a great way to see a lot in a little time, and especially popular in the Yucatan Peninsula and Baja California Peninsula. Check out this Baja Road Trip itinerary, which includes stops at all the best things to do in Baja Sur Mexico!